"Life is either a daring adventure, or nothing."

It’s been a FAST few days of packing, unpacking and saying a few “until next time”s. I’m officially out of my apartment and nearly have everything together to leave tomorrow.

Waiting for it to sink in that this is actually happening. It still doesn’t feel real! I’m guessing it’ll hit sometime on the flight or shortly after we land. Or maybe it’ll never feel real and I’ll be in a dream-like state until we get back! That could easily be the case. 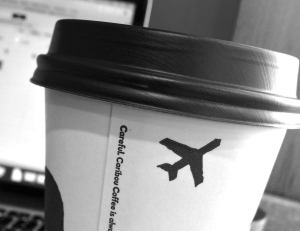 The rest of my day will be spent crossing off checklists, doing last-minute research, making photocopies, and just generally freaking out. (With maybe a trip to Caribou for a PUMPKIN SPICE LATTE somewhere in there– it’s back, people!)

After tomorrow, I’m not sure when my next post will be, but I’m shooting to have another up by the end of the week with some Iceland highlights!

P.S. How is it September already?!

🎉
I spy with my little eye... #LOVE #minneapolis #minnesota #onlyinMN
My favorite color is Christmas lights 🎄 ✨ P.S. Wreath earrings really itch and I would not recommend wearing them for a prolonged period of time. #surgeongeneralwarning #sippinsanta #arvadatavern #christmas
Feeling a little heavier than normal after Thanksgiving... 🐶 #lapdog